A child’s look at wealth distribution 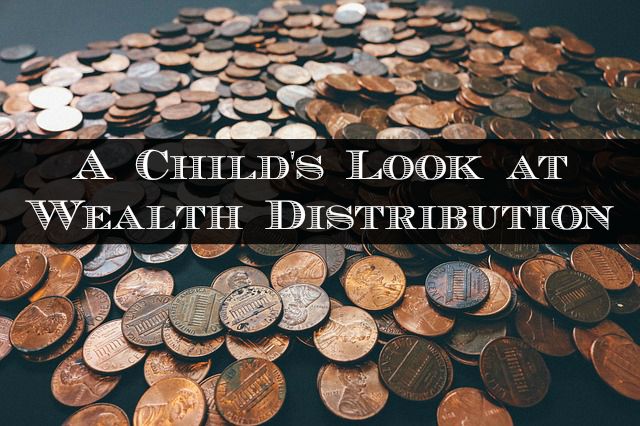 To begin our geography studies this year we are focusing on the plight of children around the world.  It has been a great study so far.  We are learning how much of the world is always hungry, how many have no place to live, how many have no clean water, etc.  A couple days ago we took a look at wealth distribution from Day 5 of our study. 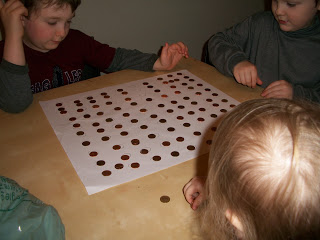 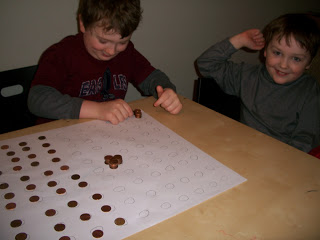 Then I had them stack piles of 30 pennies to place on two circles.  Once those pennies were placed there were no more.  The other 58 people had no pennies.  It was a great visual demonstration to show the disparity between North America and many other places in the world.  We talked about what a great difference it would make to give one of our “pennies” to someone who had none and what an even greater difference it would make to give more than one penny.