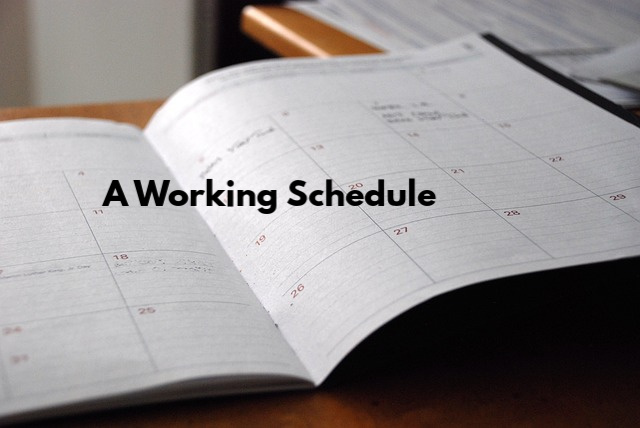 As we are about to start our sixth week of school I think I have finally found a working schedule for us this school year.  Last year we used a  Flexible Time Schedule.  I loved picking and choosing what we did each day, but I tended to not do some subjects as often as we should.  So this year I have attempted:

I spent a long time figuring out how I would do the loop schedule.  For the loop schedule I had a short list of subjects that I wanted to cover each day.  Everything else went into a loop where we just made our way down the list of subjects/activities and stopped at a certain time of day.  I had it all organized so I would be working with one child while the other one was doing an independent activity.  This lasted 2 days.  I quickly realized we were not coming close to covering the material I had allotted for that week.

After this I went back to the weekly schedule, but had my kids pick a puzzle piece out of a large sock.  They each had a sock filled with puzzle pieces.  I have a couple continent puzzles that I used.  I preassigned subjects/assignments for each puzzle piece.  So Finland might mean a science activity together, Germany might meanr an independent assignment, and Greece might be a subject that required one-on-one teaching.  Each child took turns picking so if the first child picked a group activity the second child would not pick until we were done with that group activity.  If the first child picked a one-on-one teaching subject the other child would have to keep picking until he came to an independent subject.  My kids enjoyed this and had some extra geography practice too.  But this gave us the same problems as the first schedule.  We still ended up with some subjects not done as often as they needed and others we never finished by the end of the week.

So last week I decided to make another change.  I quickly put something else together that I had considered before I tried the loop schedule and we have been on this new schedule for a week now.  I know a week isn’t very long, but I am very pleased with how it is working.  We are finishing everything and subjects are spread out appropriately.  We aren’t jumping from one thing to another all day either.  I would personally like more flexibility, but I like how this is working.

So, what is our new schedule like?  I separated our days into blocks.  For each block I have the weekly assignments listed.  When the time period is over we move on even if everything isn’t finished.  The next day we go back to where we left off.  I pick the most important subjects to do first and then if we don’t finish the less important ones I can just slide the assignments over into the next week.  I do this for subjects where it isn’t a big deal if they take 1-2 years to complete the book.   I also gave us big blocks for subjects that involve rabbit trails to give us time to explore them without having to stop and move on to something else.

Here is our current working set-up:

Week by week the assignments will vary slightly in each block, but I think this working framework will take us through the rest of the school year.