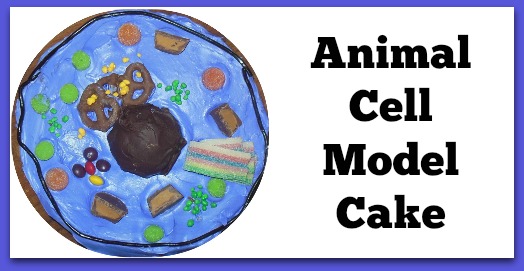 My 10 year old enjoys making things in the kitchen so when it came time to study cells as part of his microbiology unit study, he chose to make an animal cell model cake.  To start, he went through the different parts of the cell and chose a type of candy that he wanted to use to represent each part.

After we had all of the chosen candy on hand, he made the cake from a box mix.  I leveled the cake and frosted it for him before he started to decorate.  He chose a purple color for the icing. 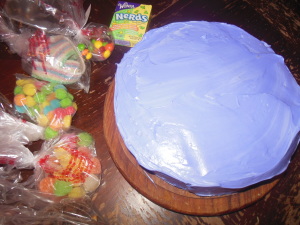 As he was making the cake model, he looked at a cross-section of an animal cell from this website as a guide. 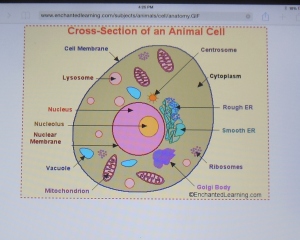 The nucleus is made from a giant gumball that we dipped in melted chocolate to create the nuclear membrane. 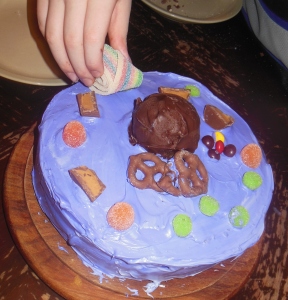 Here he is with the finished cake.  He was quite proud of the finished project.  He should be doing a plant cell model cake and a bacteria model cake soon too.  Did I mention that he likes making things in the kitchen? 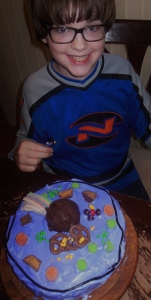 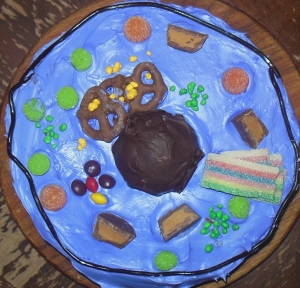