As part of our unit study on spring we made a dirt cake complete with a bunch of earthworms. 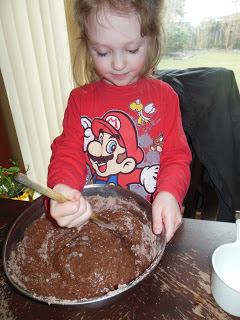 The first step was the make the cake.  We just used a standard chocolate cake mix. 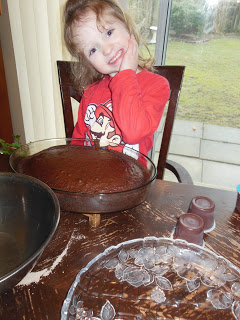 Once the cake finished baking and cooled a little we were ready to assemble our dirt cake.  We combined cake, pudding, and gummy worms in our cake. 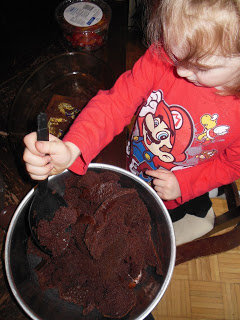 She had the job of scooping out the cake into a large bowl. 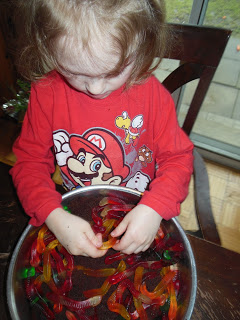 We then mixed in a few pudding cups and a bunch of gummy worms. 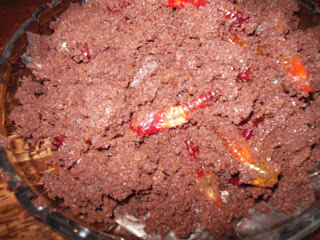 To finish we just dumped it all and piled it up on a large dish.  It looked like a big pile of dirt and not too appetizing, but the kids enjoyed it.  A week or so later when it warmed up a bit outside this little girl went outside to dig in the real dirt and apparently she found three worms, but only touched one.