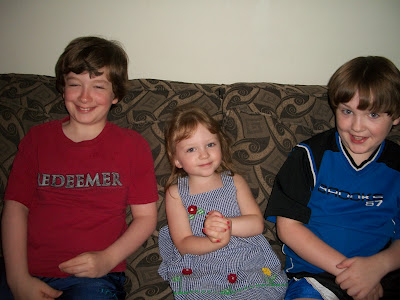 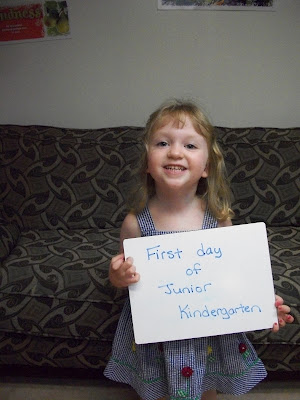 She will have a limited school schedule this year.  We will cover the basics like phonics, reading, literature, and math.  I’m also doing some foreign language and a crafty unit study.  She participates in a few other subjects as interested.  I don’t require any school at her age so if she doesn’t want to do something I don’t have a problem with skipping it. 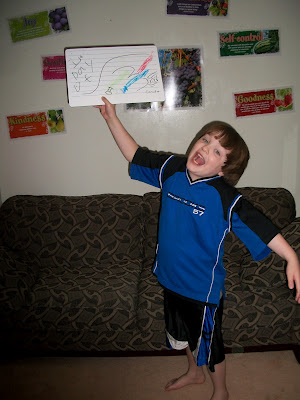 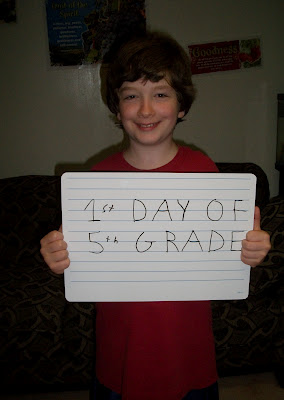 This is my 5th grader who loves to soak up information.  He is delving into more independent in-depth study in content subjects.  He is starting French this year too.  Two subjects of focus this year are writing and math.

The first day of school is a party day for us.  We basically did fun activities, opened presents, and watched a movie.  Because part of our activities were going to be messy fun, we started the day outside.  Rain was imminent so we went outside right after breakfast. 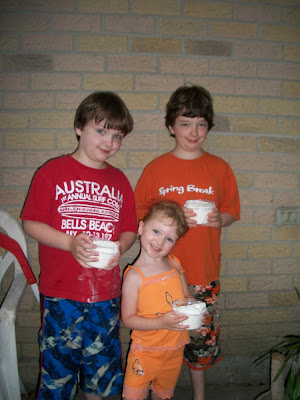 We started our day with a flour fight.  We each had a small container of flour to hold the flour that we would soon shower on each other. 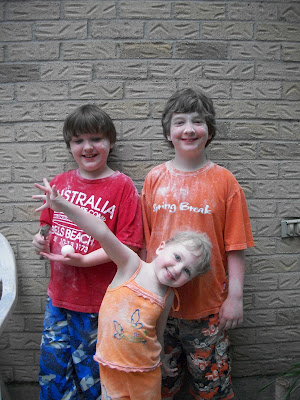 >This is the after picture.  Not too messy! 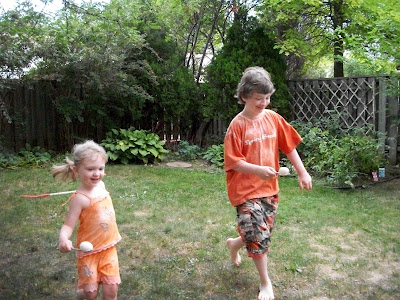 Next came the egg and spoon races.  The little girl almost won.

Next came the part my kids were most excited to do!  Each child threw a whipped cream pie in my face.  Let’s just say it was an extremely messy business.  The kids loved it and I had a shower break afterwards. 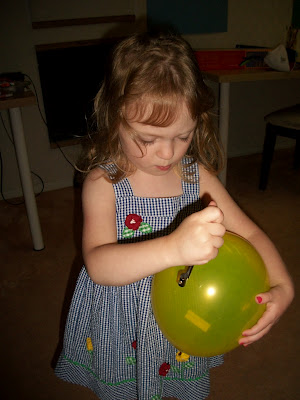 After everyone was washed up we had a balloon popping game.  I probably had about 25 balloons blown up.  Inside each balloon was a small piece of paper with a numerical value written on it.  We added up the points to determine the winner. 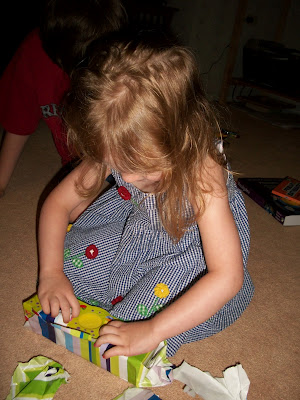 Next came presents.  I had many of the new school books and supplies wrapped up in wrapping paper and they took turns opening their “gifts.” 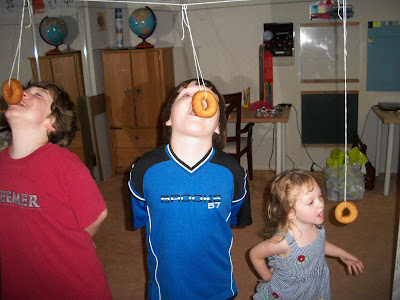 The doughnut game was quite fun.  I hung the doughnuts on a string and they had to try and eat it all without touching it. 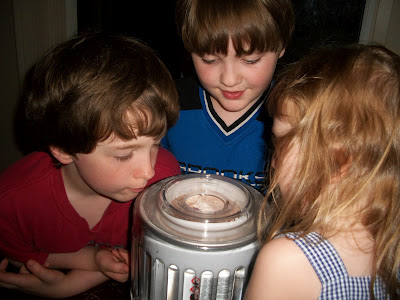 Before our movie we made some chocolate and Smartie ice cream to celebrate the start of the new school year.