Home geography Hands-on in the Arctic

Hands-on in the Arctic 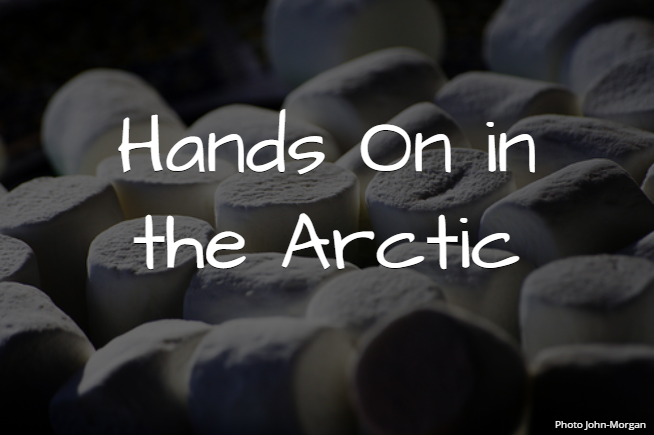 Hands-on activities are a favorite around here so we incorporate as many as we can into our Arctic study.

We made a salt map of Greenland. Once it dried we painted it and labeled the major towns, seas surrounding it, as well as the areas of the country. Making a salt map was rather easy, but I didn’t plan on what to do with our creation after we made it. When we move on to our next country we will have to make a smaller map. I read that storing them in pizza boxes is the way to go so we will just have to eat lots of pizza! Click here to see the recipe we used.

My son’s favorite Arctic activity was making polar bears out of marshmallows. We found the idea here. I didn’t want to buy much more than marshmallows so we painted on a face with food coloring using a toothpick. My boys had eaten theirs within an hour after making them and when I didn’t eat mine right away my 4 year old had to bring it to me to eat it soon so it wouldn’t get hard. Although this activity was not highly educational, it was fun and gave them practice with fine motor skills.

We also did a project called a blubber mitten. I had misread the directions so it didn’t turn out correctly. We will have to redo this one. I had them sandwich their hand inside of a bag that contained 2 bags with “blubber”. They then sunk their mittened hand into a bowl of icy water. It gave the general idea, but their hands still were cold because of the gap between the 2 bags of blubber.

My son loves origami so we had to do a polar bear origami activity. He thoroughly enjoyed it and we were able to follow along quite well with the YouTube demonstration.

The other hands-on activity we did was to make a flag of Greenland. We had painted 2 sheets of paper red and then cut out the shapes needed. My boys glued the red pieces onto a white sheet and we hung them up in the school room. We will hang up each country as we do it.

We skipped the food portion of hands-on activities for the Arctic since most of the food is not available where we live. We will be making ice cream of the cream variety and not of the grated meat Inuit variety.

Hands on activities have been fun and they have been a great addition to our reading and videos. I’ve learned tons about the Arctic that I never knew before. I guess there is never an end to learning!