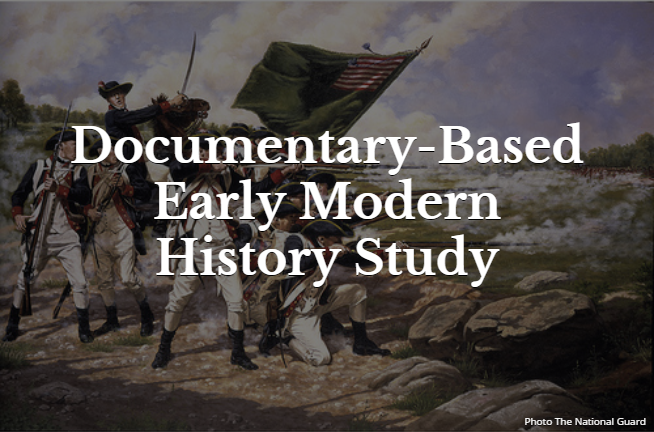 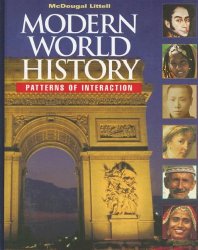 I put together this study for my 5th grader and 7th grader.  It is a continuation of the documentary-focused Middle Ages study we did last school year.   When my boys were younger we tended to do history studies with lots of hands-on activities.  Now that they are getting older, documentaries and movies are replacing many of those hands-on activities.  Although, my 5th grader will be spending some extra time on activities of his choosing.  He may do some crafts or period building on Minecraft.

This study is designed around a portion of the McDougal Littell Modern World History Patterns of Interaction textbook.  I snagged a used version for only a few dollars.  I see right now that one can be purchased for 50 cents!  This is a 700 page hardcover book.  If you click this link to Amazon, you will see the exact edition I am using.  All of the page numbers are from that edition.

I will be pre-viewing and adapting  this list of documentaries and movies, if necessary.  If something is deemed inappropriate or too boring I will delete it or replace it with something else.

Also, I’ve added a little family history exploration into this study.  My boys enjoyed some genealogical explorations that they did last school year.  I have a wealth of information for them to sift through so it should be interesting.

I suspect this study will take longer than a school year.  We don’t spend tons of time on history – maybe 2 hours a week.  But the videos do tend to be a go-to activity when I am not feeling well or if the kids are not feeling well.  So there are some days or weeks where we might spend bigger chunks of time on this study.

Italy: Birthplace of the Renaissance pg 37-42

The Mughals Establish an Empire in India pg 71-77

Spanish Conquests in the Americas pg 103-109

The Spread of Enlightenment Ideas pg 178-182

Revolutions in the Arts pg 243

Expansion and Crisis in the United States pg 289-292

China Responds to Pressure from the West pg 335-339

Massacre at Wounded Knee (not in textbook, extra topic)