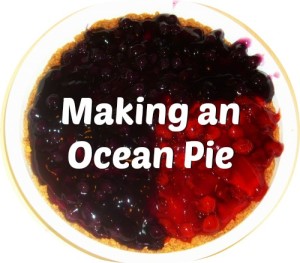 We started out study of the ocean today and to start it off we made an ocean pie. The focus today was understanding how much of the earth is covered with water. To do that we did an activity from Awesome Ocean Science and made an ocean pie. 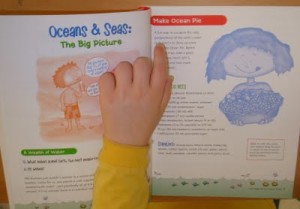 First we traced the pie plate. 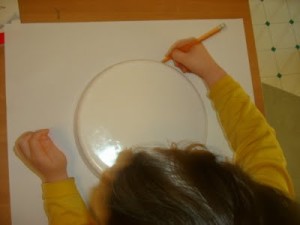 Then we divided the traced pie into ten equal pieces. 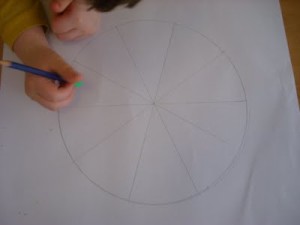 We then talked about how much of the earth is made up out of water. We planned to make 3/10 pieces as land and 7/10 pieces as water to represent the earth’s water/land ratio. We then moved on to preparing the pie. We first made the graham cracker crust using graham crackers, butter, and sugar. 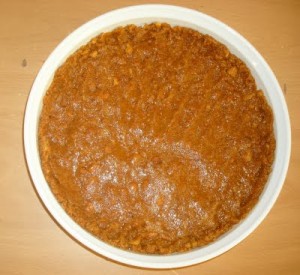 While the crust was baking we made the cream cheese filling using the recipe in the Awesome Ocean Science book. 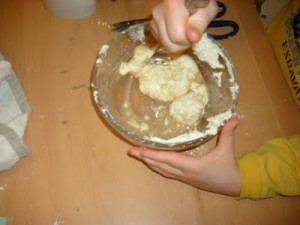 Once the cream cheese mixture was ready we spread it onto the cooked pie crust. 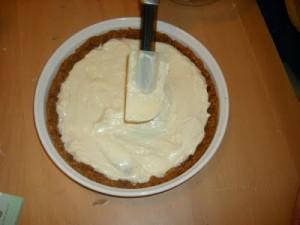 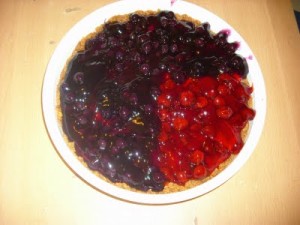