So I had an idea.  I like using consumable items for projects so there is nothing to pack away or throw away when it is done.  I was trying to think of a way for my kids to have fun building a pyramid.  One day I noticed I had some triangular and square shaped cookie cutters from my daughter’s Play Doh kit.  I decided to give 3D pyramid cookies a try.  We used a sugar cookie mix and rolled out the dough.  We made four triangles for each square shape.

Once the cookies were cool I grabbed a few tubes of frosting I had on hand and attempted to use frosting as the glue to hold the sides together.  It worked somewhat.  Some pyramids fell apart and others stayed together.  The biggest issue we ran into was uneven sides 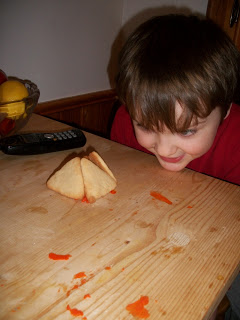 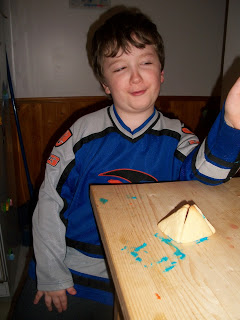 Then there were some pyramids that lined up a little better too. 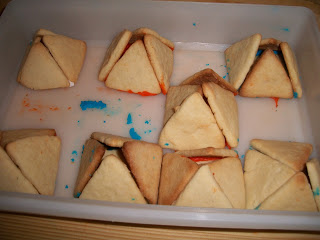 Once the pyramids were put together I placed them in a Tupperware container while the frosting dried.  While they don’t look perfect and they didn’t stay together very well my kids had fun and so did I.  Not only did they learn about the pyramid shape, but they had a hands on lesson on how difficult it must have been to build symmetrical pyramids.