Musical Drawing – Vote for your favorite 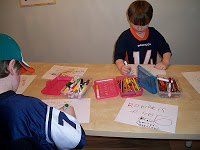 Yesterday we did a variation on the musical watercolor painting activity we did here.  Instead of using paints my boys used various drawing tools like crayons and markers.  I set up six stations around the table and had the boys start at opposite ends of the table.  When the music sounded they started drawing anything they wanted.  Of course we had Italian opera music on again because we are currently studying the country of Italy for geography.  When the music stopped they had to stop whatever they were drawing and move to the next station.  This continued until they moved around the table several times each.  Once the activity was completed I had the boys get together to name the drawings.  Let us know your favorite in the comment section.  The titles are listed underneath each drawing. 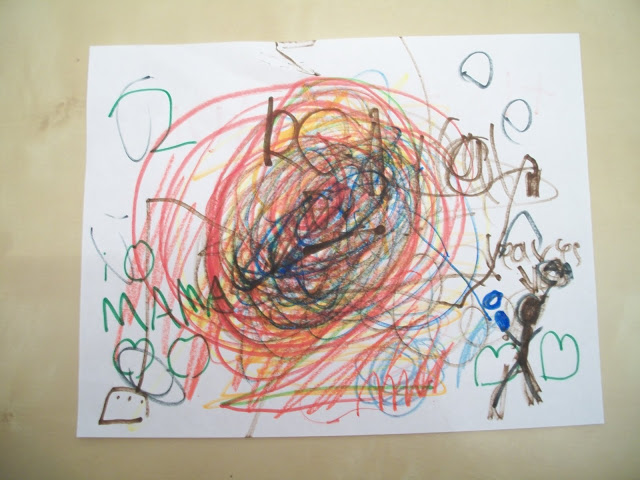 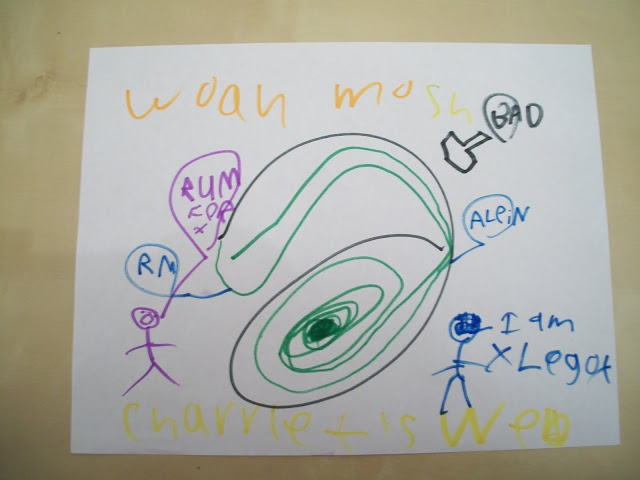 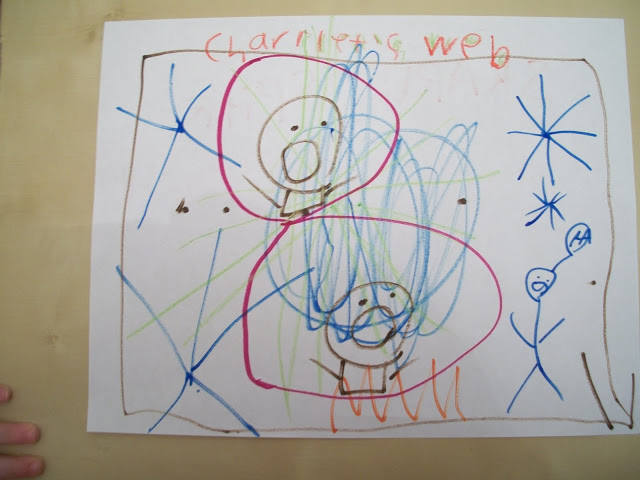 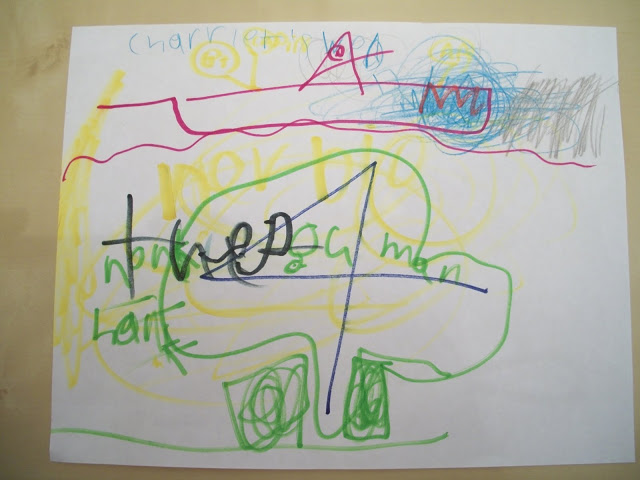 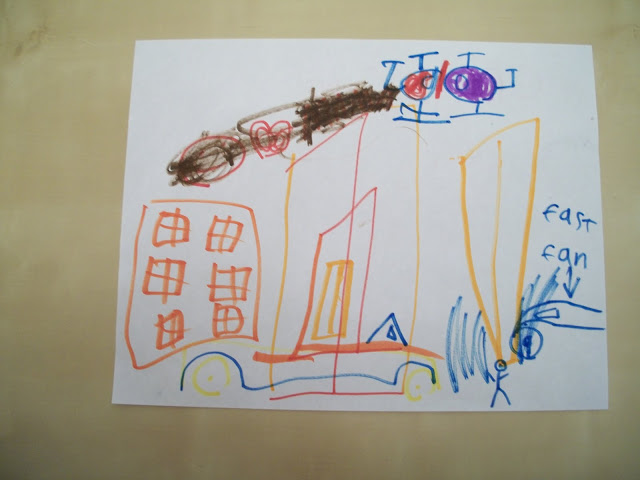 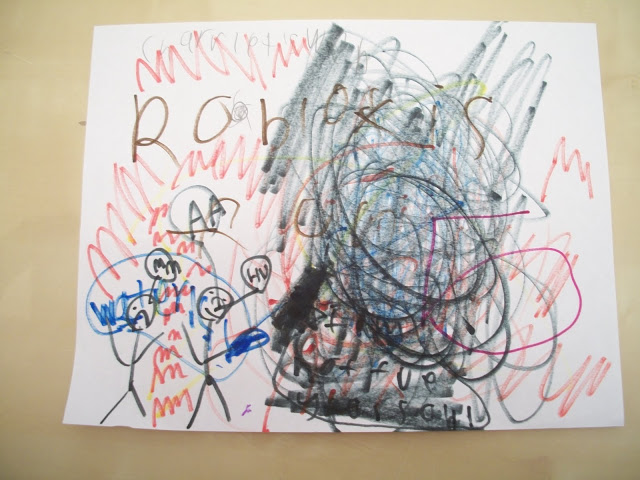