Home attitudes Negative Attitudes and the Power of Positivity

Negative Attitudes and the Power of Positivity 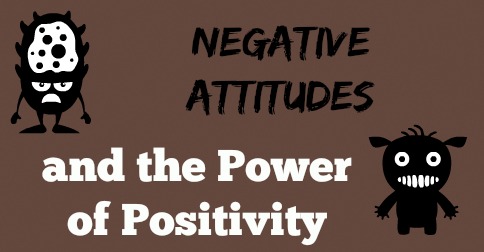 This past week I did a little experiment with my son.  He had fallen into the habit of complaining about some of his school work.  This complaining would often spiral into a day that had a great big mess of unhappiness.  As his parent, I knew that he was doing an appropriate amount of work and work at the correct level.  This complaining was an attitude issue that was present outside of school work too.

The experiment began when I challenged my son to change the way he talked about his school work.  I told my son that if he only spoke positive words about his school day, he would find that his school day would be so much better even though nothing had changed with his school work. I challenged him to say something positive even when he felt like complaining. He wasn’t quite sure that would help, but I challenged him to do it for 3 days.   I threw in an incentive that would help motivate him to stick with the three days.  I believe that the words we speak influence our attitude and felt that if he stuck with this, he would have much better days.

On the first day he needed some encouragement and reminders to say something positive when he felt like complaining.  He stayed positive and his day ended up being amazingly awesome.  He was a bit surprised by the results.

On the second day he was more on board with the idea, but had a few complaints.  He kept the rest in check to give him another great day.  The third day came and went much similar to the second day.

Then came Monday.  Mondays are always the most difficult, but not this Monday.  He stayed positive all day and I could sense a radical shift that had taken place in my son.  It wasn’t about a challenge anymore.  It was a change in perspective that will help my son deal with negatives throughout his whole life.  We usually pray together each night and that night when we prayed, his viewpoint change really showed through.  Previously he had been praying and asking God to help him have a good day the next day.  That night, he prayed and thanked God that he was going to have a good day the next day.  And the best thing was that he didn’t realize he had made the change in his prayer.

I’ve watched the change in my son and the change in our day to day life.  It has been an amazing experiment that yielded so much more results than I expected.  I’m happy that my son has learned an important life skill that will help him face negative situations that he will encounter in his life.