Yesterday we combined technology and art in a photography project.  Each child had a turn with a digital camera.  I instructed them that they could take a picture of anything in the room and then they would have to choose one of their pictures to manipulate on Picture It.  My boys enjoy playing around on Picture It and have enjoyed it for a couple years now, but they usually manipulate pictures that they have not taken.  They each took around 10 shots.

My oldest son focused on photographing his sister.  She was a little difficult to capture on film because she is constant motion and she closes her eyes when the camera’s flash goes off.  During his picture taking she asked to eat an apple so I put her in her chair.  With her somewhat immobile he was able to take a few shots.
This is his final picture.  Can you tell he loves his little sister? 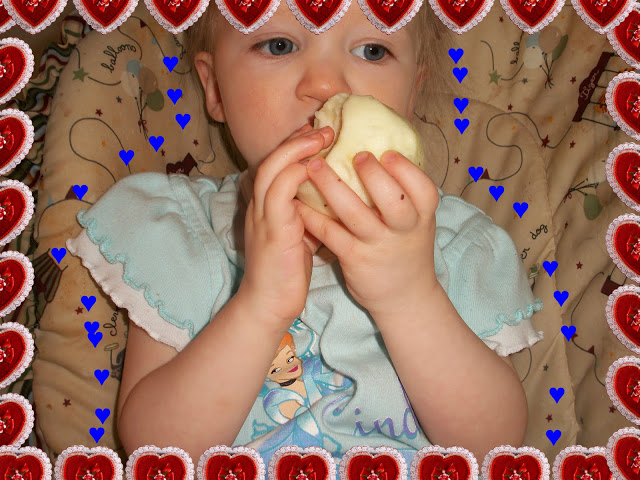 My younger son decided to stage his picture.  He ran to his bedroom and gathered a few vehicles and placed them on the floor in the position he wanted.  He chose his favorite of his pictures and used the painting tool on Picture It.  The gray is smoke from the semi.  The orange is fire on the cars.  The green is a crane that he drew on the back of the semi.  The AA is a scream about the crash. 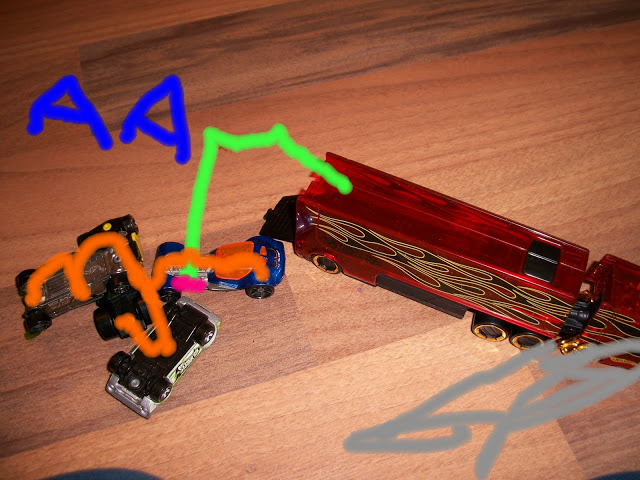 My boys enjoyed this art activity.  I suspect we will do this activity again this school year.