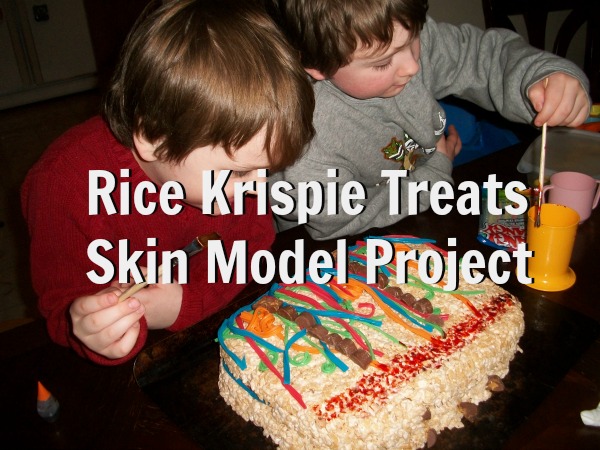 When my son was in first grade we spent some time learning about the human body.  That year we came up with a fun project while we were learning about the skin.  Now my son is in 5th grade and he is spending his school year on microbiology.  He has been studying different cells in the body and when it came time to look at the skin, he wanted to do this project again.  So he did.

Here are the directions for the original.  A picture of his new model is at the end of this post.

The completed edible skin model shows arteries, veins, sweat glands, nerves, and hair.  The base was made out of Rice Krispie Treats.  We used the The Wonders Inside the Human Body

as our guide because it is full of large descriptive pictures of the human body. 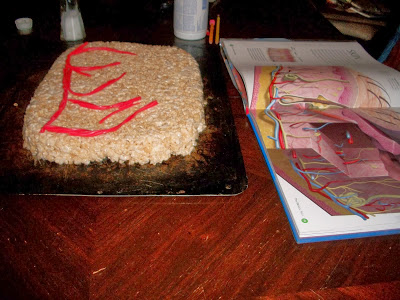 In the next picture you will see the almost completed model.  We did the first layer with arteries, veins, nerves, sweat glands, and hair and then added another Rice Krispie Treat layer and placed the multicolored Twizzlers on to represent the different parts.  They are painting a darker layer near the top of the skin.  We used food coloring for paint. 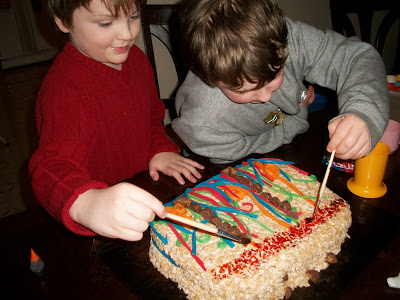 Here are the boys with the finished model.  The red ones are arteries, the blue ones are veins, the green ones are nerves, while the orange ones are sweat glands.  The rows of chocolate are supposed to be hair.  I stuck bits of chocolate at the end to represent more hair. 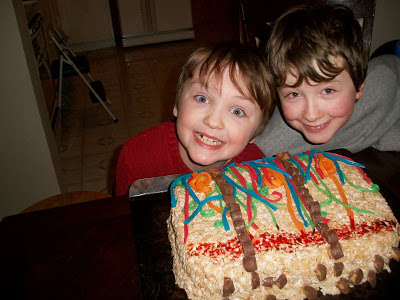 Here is a close up.  Want a bite?  My kids enjoyed it. 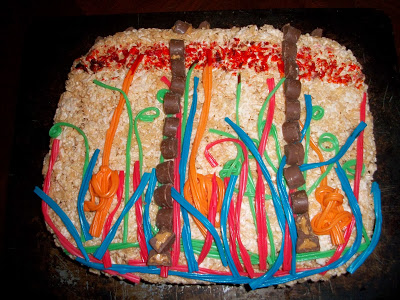 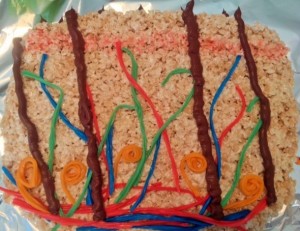 There are less Twizzlers on this one.  Instead of the cut-in-half chocolate candy, he used some chocolate frosting in a little ziploc back.  The end was snipped off and it was piped on.  Other than that, they were pretty similar.