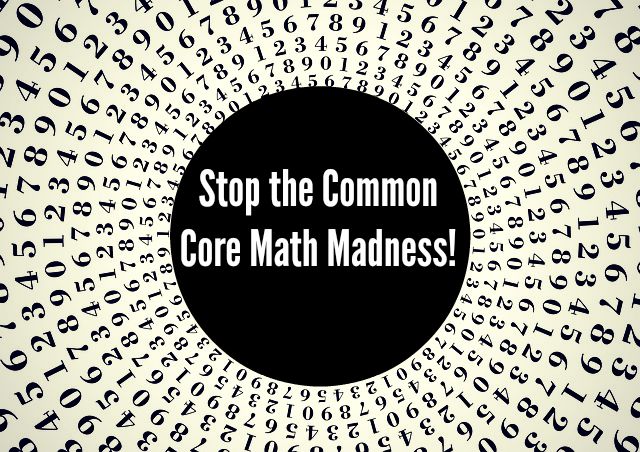 Everywhere, parents are abuzz with complaints about Common Core math.  Parents are astonished how teachers can be instructing their kids on a math method that complicates an easy problem.

I’ve been flummoxed at the uproar.  I went to have a look at the common core standards.  I chose 2nd grade standards since that seems to be a grade where the potentially problematic approach is taught.

Here are some of the 2nd grade standards from Corestandards.org:

Use place value understanding and properties of operations to add and subtract.

In this list (only part of the 2nd grade standards), I see references to strategies and mental math.  These strategies are what many are protesting.

This is an example of the issue many parents have with Common Core:

So what are we actually dealing with here?  Are teachers overcomplicating things or is something else going on?

I see this video and I totally understand how to do the problem on the left.  Why?  Because this is the way that Singapore math teaches.  It focuses on teaching a conceptual understanding prior to doing the standard algorithm on the right.  Breaking apart numbers and putting them back together is an excellent exercise in mathematical thinking.  This strategy of breaking apart numbers and manipulating them leads to greater understanding of place value and mental math acuity.

Traditional math instruction focuses on doing rote operations until they are mastered.  I was taught with a traditional method in school and it wasn’t difficult for me to get an A in math.  I just did the problems correctly in the way I was taught.  Even though math was an easier subject for me, I didn’t like it.  It was boring.  I was fully capable of knowing how to do the problems, but I didn’t know why the problems worked.  I just needed to remember steps and formulas.

I started using Singapore Math with my kids about 5 years ago.  This new way of doing math was quite different from what I had learned.  But did that mean that it was wrong?  As I started doing the math with my kids, I started to do something that I hadn’t done before.  I started to learn to think mathematically.  I had always needed to do math problems on a piece of paper.  Mental math wasn’t something that I could do.  Turns out that I could learn to manipulate numbers mentally.  It wasn’t easy to make the switch from traditional math thinking to conceptual math thinking, but as I started to learn the strategies and understand the why of math, it became easier.   Not only that, but I also started to develop a love for math that didn’t exist with traditional math instruction.

Singapore math doesn’t neglect the traditional ways of doing problems, but they are presented after a child understands how to break apart the numbers to solve the problem.  This leads to a greater understanding of the why behind the math.   Singapore also focuses on problem solving rather than pages of math problems.   I’ve found that pages of math problems aren’t necessary when you understand the why of math.

Now my older two kids are digging even deeper into mathematical thinking with Art of Problem Solving’s math.  I’m still learning along with them and I hope to do so for years to come.

So back to Common Core.  Is this a beast that is ruining children’s math skills all over the country?  Or perhaps, is this “new method” a way to teach kids mathematical flexibility and understanding?

Common Core math has many up in arms against this “weird” method.  I can’t count how many little videos I have seen of parents sharing their children’s weird math problems and wondering what in the world the teachers are doing.  Instead of being enraged at the departure from the traditional approach, perhaps we should learn along with our kids.  It may transform our mathematical understanding in the process.