Home arabic Teaching a Foreign Language When You Don’t Speak it.

Teaching a Foreign Language When You Don’t Speak it.

I am not an expert in foreign language instruction.  I only speak English fluently and have taken upon myself the task of helping my children learn multiple foreign languages.  In graduate school for Speech-Language Pathology I was blessed to be able to “specialize” and work with a professor to help international college students reduce their accent.  I really enjoyed working with individuals from around the globe.  During my studies I realized that in order to first pronounce something correctly, you need to hear it correctly.  Our sound systems are formed during childhood and the ability to hear the differences between sounds diminishes with age.

Obviously the best way to raise a child who can speak another language is to have someone in the home who can fluently speak that language with the child.  That isn’t possible for many families.  My husband and I only speak English and we didn’t have access to someone who could speak another language from the beginning.

So, if you really want your child to learn a foreign language and you don’t speak it.  What can you do?

The third option would likely be the most successful one.  We have mostly gone with the second option thus far, but we have started to use a tutor for one language.
How do you get started if you are learning along with  your child?
It depends on the age of your child.   The sooner you can start, the easier it is for your child to learn a foreign language. 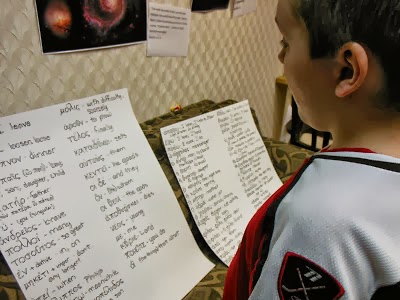 We started our foreign language journey when my oldest was in preschool.  I had purchased Muzzy in Mandarin.  That was a waste of money!  Watching Dora or Bob the Builder in Mandarin would have been a much better choice.

When my oldest child was 6 and my younger son was 4, we started our journey toward learning multiple languages.  I had considered staggering them, but didn’t want to miss out on the benefits of starting young.  We took it slow and have made steady progress through the years.

A typical week for my 6th grader might include:

A typical week for my 4th grader might include:
As you can see, I don’t use many children’s foreign language resources.  I found them more difficult to use for self-study.  Most assume that the child is learning with a native speaker and don’t provide enough information.  College textbooks assume that the student is a beginner and typically require lots of outside lab time so there is plenty of audio support.  It also explains things much better in English.
A typical week for my Kindergartner might include:

So how do you teach a foreign language when you don’t speak it?  You don’t.  You can’t teach something you don’t know, but you can learn with your child and guide his studies.  My oldest child has skills beyond my own, but I can still guide his studies and practice conversation with him.  I just have the book open when I do it.  I’m learning and they are learning.  It isn’t ideal, but it is working.  They are making progress and I am making progress.

If you are interested in the names of the textbooks or resources we are using, click here to see the page that lists our curriculum choices.  I’ve listed and linked to the different resources there.  If you have any questions or if anything I said was unclear, please leave a comment and I will do my best to respond.