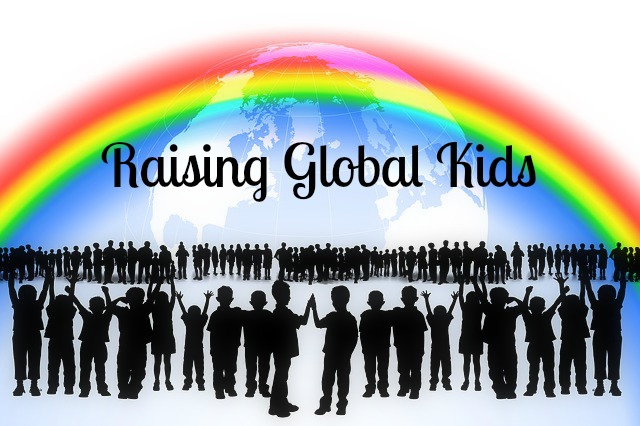 If you look up at the top of this blog you will see Raising Global Kids under the title.  Raising global kids has been an important part of our homeschooling and parenting journey.  Our family loves diversity and enjoys connecting with cultures different from our own.

As Christians who believe love is paramount, we teach our children to see beauty in diversity in the world.  We believe that it is more important to foster a love for people all over the world than love (patriotism) for our own country.   As pacifists, it is important that our children understand and appreciate the rich diversity of this world and seek to understand others who are different from themselves.

We have been involved with world missions for many years, but not missions in the historical sense.  History tells a story about how missionaries came, shared the message of Jesus, and then expected or should I say taught the people to act in a westernized manner.  While not blatant, these ideas that one should adopt western customs and dress are still prevalent in the eastern world.  However, Christianity isn’t about acting western.  In fact, Christianity was birthed in the east.  Its roots are eastern and not western.  Our family sees Christianity as a relationship and far from anything religious.  This relationship has nothing to do with western customs or eastern customs.

A global mindset permeates several areas of study in our schooling. Foreign language studies have been introduced early and been an integral part of our day to day homeschooling.  I view learning another language as more than just learning how to talk to someone in a different language, but it involves understanding the culture in a way that you can’t without language study.

When my kids were in their early years of schooling, we delved into a study of world poverty.  This has helped shape their thinking and taught them to see their life through a perspective of the world rather than comparing themselves to the kid down the street who has all the best toys.

We have also focused on cultural geography studies.  Over the years we have made our way around the world learning about the cultures of many countries and people groups.  Part of that involves learning about world religions including Islam, Hinduism, Buddhism, and Judaism.  Our history studies have not been focused on one country, but on the world.

There is beauty in diversity.  This great big planet is full of it.  While I don’t know my children’s future paths in life, I do know that if they can head off into the future on the path understanding those different from themselves, they will do well.