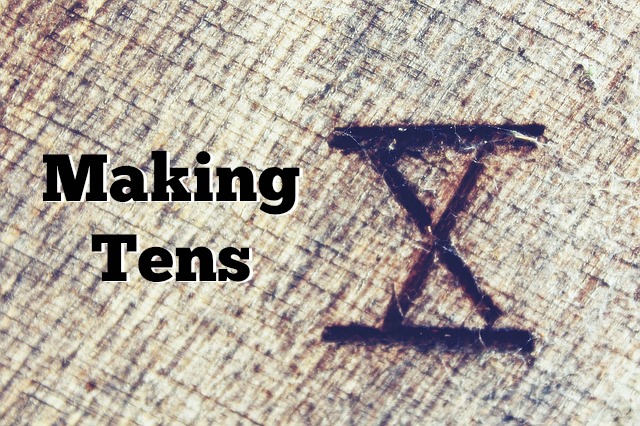 Learning to make tens is an important part of the Singapore method.  Making tens involves learning the number combinations to make ten.  Later the child will heavily depend on this concept to do mental calculations.  We just hit this area for the first time in my daughter’s Singapore math book.  After going through Singapore with my older children, I now realize how important it is to cement this concept.

instructed the child to make two sets of cards with numbers 0-10 on them.  They were then supposed to put them together to make ten before doing workbook pages.  When I saw that, I closed the book and had my daughter make her cards.  Once the cards were made we laid them all out on the couch and began a number 10 march complete with song.  My daughter loved it.   The song was silly and made up on the fly, but we would occasionally stop and go over to the numbers on the couch and she would try and figure out which two numbers went together to make ten.  Once she figured it out we moved the match over to the “number 10 chair”.

Ten is my favorite number
Ten is a wonderful thing.
(counting to ten while jumping on trampoline)
I like making tens with my numbers.
….

Yes, it is silly.  But, it was engaging and I think she learned two pairs already.  I’ll probably stick with this little game for the next week or so until she cements all or most of the pairs.  Then we will go onto the workbook. 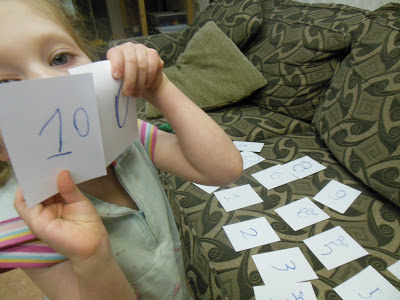