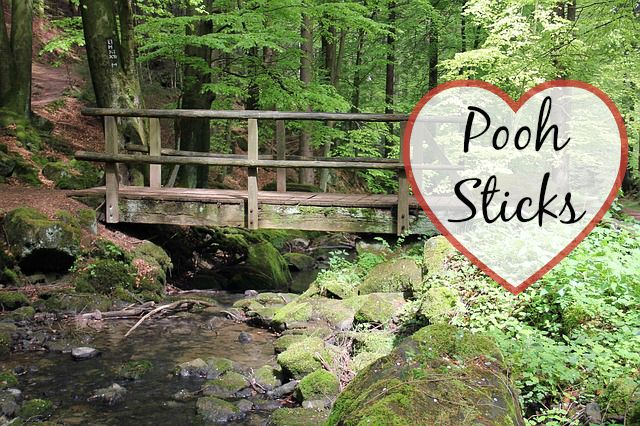 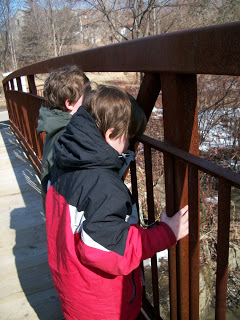 If you are familiar with Winnie the Pooh you have probably heard of the game called Pooh Sticks.  The House At Pooh Corner

by A. A. Milne describes the game.  Apparently, A. A. Milne invented the game to play with his son Christopher Robin Milne.

To play, all you need a bridge over running water.  Each player gets a stick or some sort of organic material.  When everyone is ready all players drop their stick at once.  All players then rush over to the other side of the bridge and watch to see which stick comes through first.  My boys have enjoyed this game since they were toddlers.