When we first started unit studies of different countries I thought it was important to make a 3d map of the country and its topography. We started our study in the Arctic where we made a salt map of Greenland. It was a fun activity and we enjoyed painting the dried salt map and marking different towns. The problem came when we were done with our study of Greenland. It was difficult to throw away something we had made so carefully and I didn’t want to take a bunch of space to start storing the salt maps of different countries. So I decided to try to make an edible version of a map.

The next country we studied was in Europe. I had made cookie dough and shaped it to look like Scotland before I put it in the oven. That was a mistake! Once removed from the oven it no longer looked like it was Scotland. I had to cut it to look like the country. I then had my boys decorate the country. 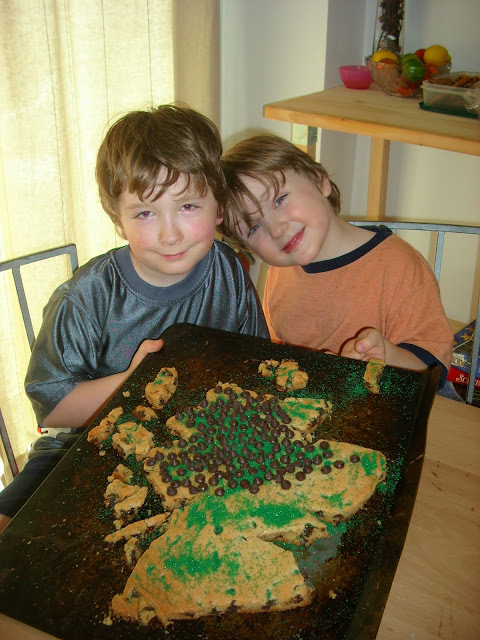 The next country we studied was the country of Ukraine.  This time I baked a sheet of dough and then cut it to the shape of the country. 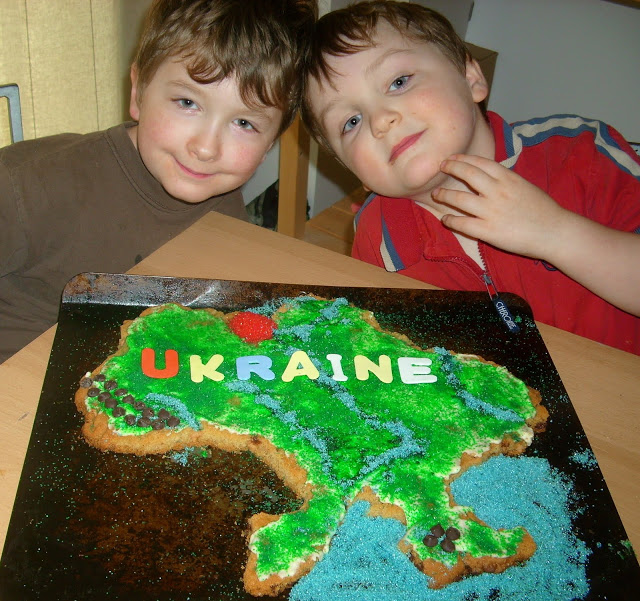 For Ukraine we used green and blue sugar to represent grassy areas and water.  The chocolate chips represented mountainous areas.  My five year old dumped a whole bunch of red in the area of Chernobyl.  We put some frosting on the cookie cake to help the sugar stick.

The latest one we did was for Italy.  When it came time to do the cake I realized I had no extra chocolate chips for mountains so we improvised.  We used marshmallows for smaller mountains and hard candies for the larger mountains.  We used red and green sugar to show the colors on the Italy flag. 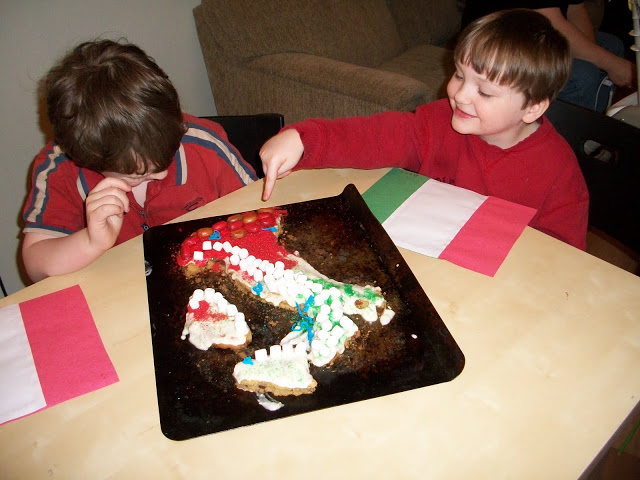 So there you have it.  As we continue to travel around the world we will continue to make these cookie concoctions.  If you spend a week in each country and tried this idea you would never run out!  We spend at least 4-6 weeks studying one country so a cookie cake works out well for us.  My boys enjoy eating different parts of a country too.  And when it is all said and done, there is nothing to store or throw away.  I like that!