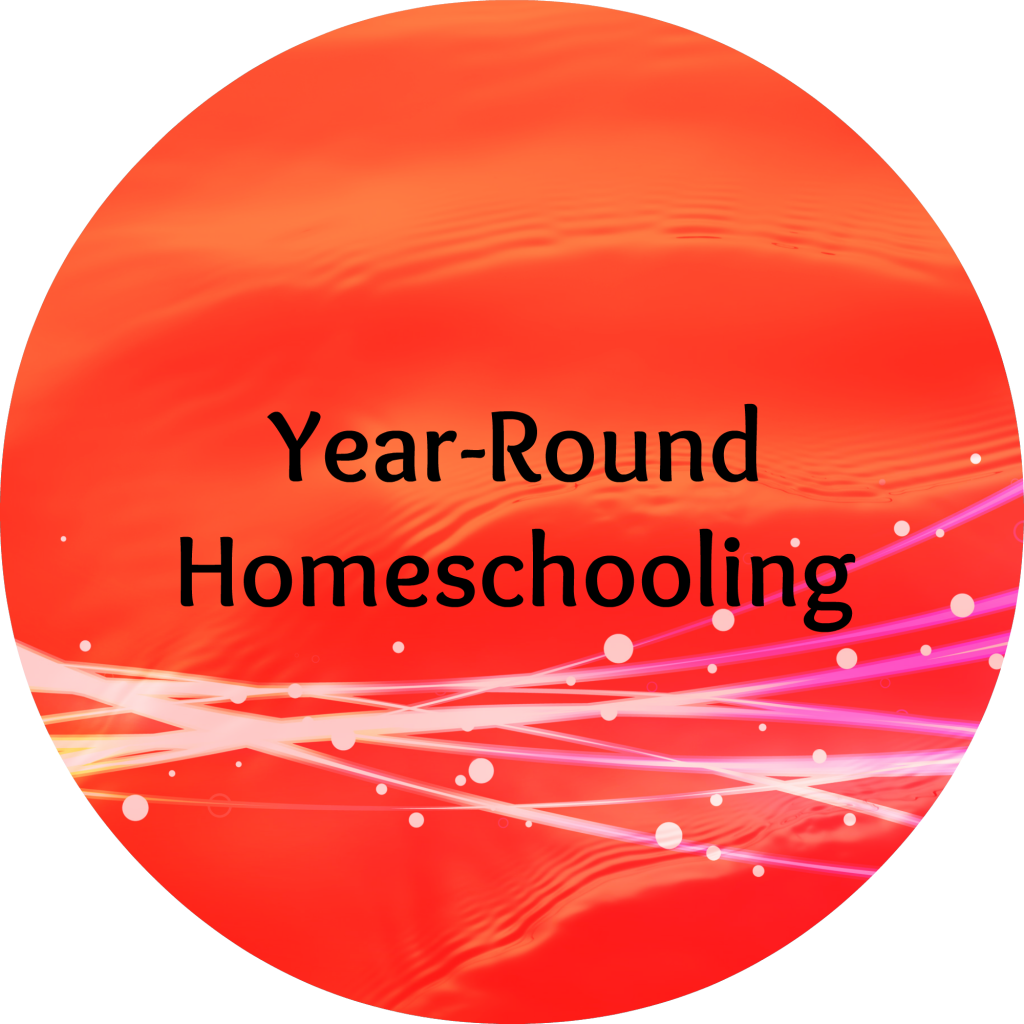 This is the first year we have done a year-round schedule.  I didn’t think I would like a year-round schedule because I enjoy having a lot of time in the summer to get ready for the upcoming school year.  Large summer breaks were not good for our foreign language studies.   It would take a bit of time to review the things forgotten during the summer.  As a result, I decided to give year-round schooling a try.

The other day I asked my boys what they thought of a year-round schedule to see if they wanted to do it again.  They both quickly agreed that a year-round school schedule was better.  They love all the breaks!

So this summer we will have a 3-4 week break before we start the new school year.  The extra weeks of summer break will be spread across our school year to give us tons of breaks throughout the year.  I think our longest break was a week this past year, but I had planned on 2 weeks at Christmas.   We took the extra week of Christmas break and had two spring breaks to match my husband’s schedule.

The only downside is the lack of planning time. I used to spend much of the summer preparing for the upcoming school year because I prefer to piece together a lot of our studies.  Now, I have to start earlier in the year in order to be done on time.

Have you tried a year-round schedule?  What do you think of it?