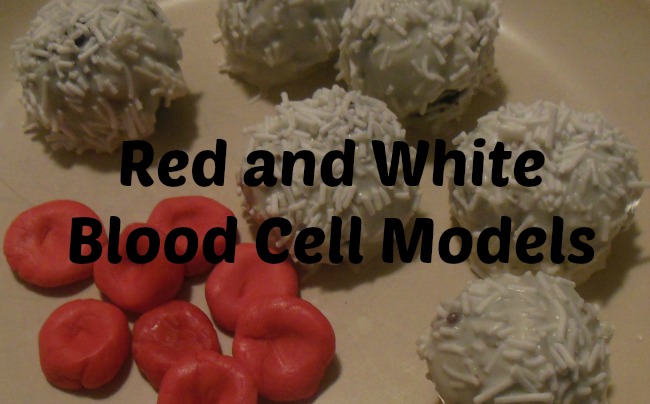 He searched online to discover different options and found an idea for white blood cells made out of cake pops.  He doesn’t like coconut, so he figured that white sprinkles would make a good substitute.  He wasn’t satistfied with any edible red blood cell models online so he decided that Starburst candy would be a good choice.

To make the white blood cells:

To make the red blood cells: 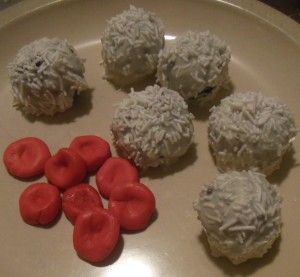 My son also recently made some osteocyte cells which are star-shaped cells found in bones.  We looked at different ideas for making the cells, but they were pretty complex involving special ingredients and a bit of skill.  I asked my son if he wanted to skip this one, but he insisted that it was one he wanted to do.  We finally agreed on a simplified version of an osteocyte cell.

To make the osteocyte cells: 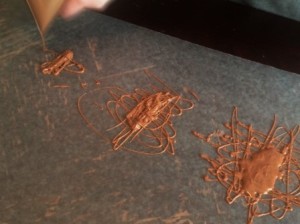 This is a picture of my son forming the osteocyte cells.  The wax paper just needed a little shake once he was done in order for the center to become smooth. 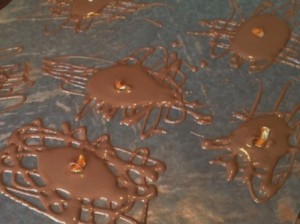 Next up, he has plans to make a skin cell model.  He wants to recreate the one he did several years ago.