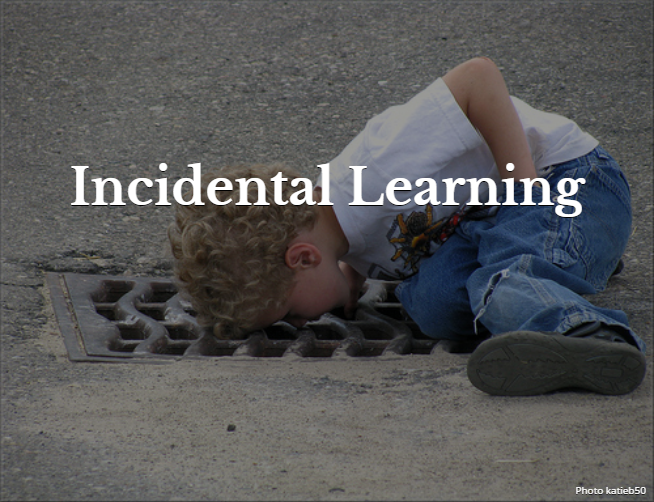 Incidental learning can often be utilized during formal schooling in the form of tangents.  I always loved when my teachers went off into tangents.  Sure it was a deviation from the main topic, but those little antidotes and stories stuck.

Back when my boys were 7 and 5, I recorded some examples of incidental learning that happened in our household:

I recorded some instances of incidental learning back when she was 1:

Now my kids are older and incidental learning still is an important part of learning in our life.  At dinner tonight the discussion bounced around on topics of foreign language, geography, nutrition, and math.

I find that the flow of life brings about many instances where learning is natural.  The opportunities are endless.