My 6 year old showed me another book that she completed today.  My highly creative visual-spatial learner loves to draw, write, and create stories from her imagination.  Every once in awhile she will show me a story or a page and I will see mirror writing.  She doesn’t know that she does this either.  However, I’m not concerned.  I’ve been through this with my older visual-spatial learner already.  He was also into writing and drawing at that age and I would sometimes find words written as through they were written in a mirror.

The front cover of her book looked like this (Interpreted it says Kirby Goes to the Circus): 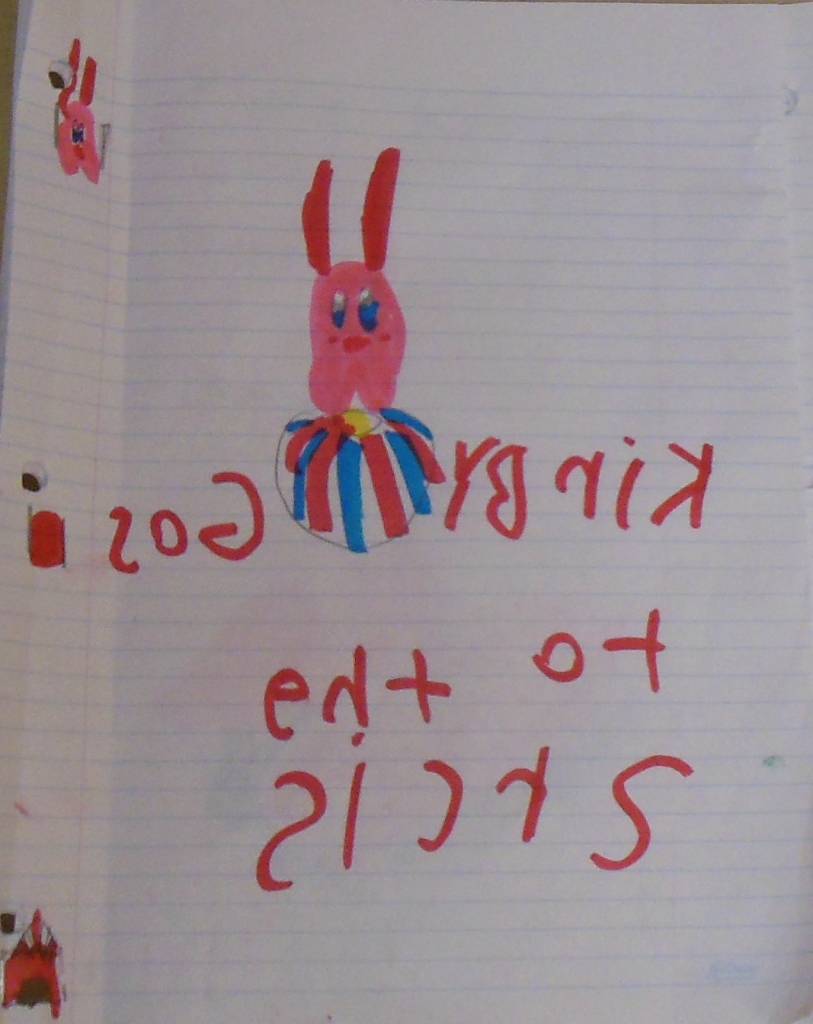 Many of her letters and numbers are reversed in her writing too.  Right now I’m just focusing on a couple that she always reverses.  She is motivated to write them correctly (when she remembers) because she “gets me” and I have to fake fall-down when she forms them correctly.  Many times when she is doing something she will stop and show me a correctly formed letter so I know I’m supposed to “fall”.  Overall, handwriting is a work in progress.

Inside her book are many pages with writing, but there is no mirror writing except for the cover.  Interpreted this page says “Pink Kirby was sleeping, but today is a special day.” 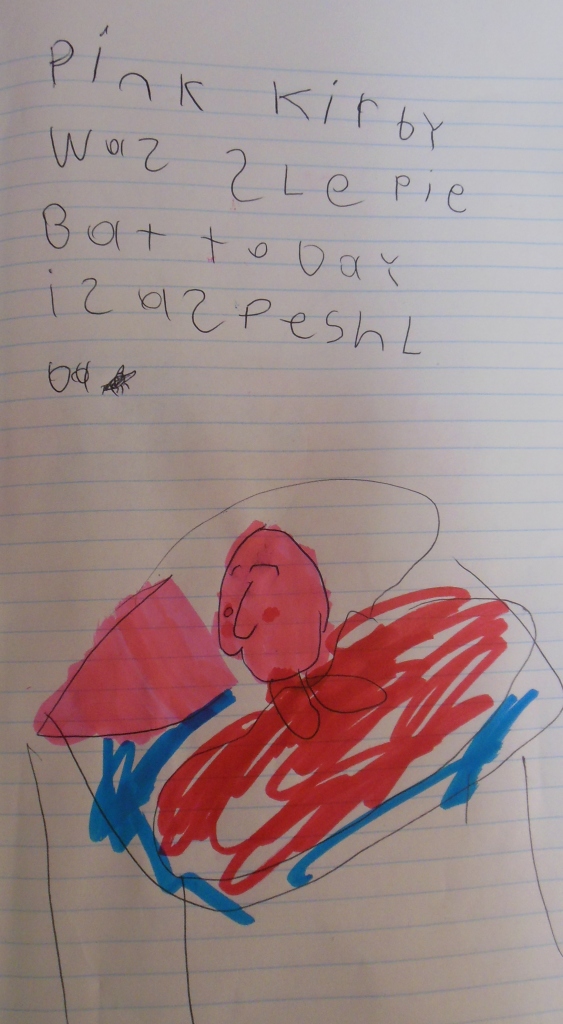 Another page.  Interpreted it says “But Yellow Kirby had some tickets to go to the circus.” 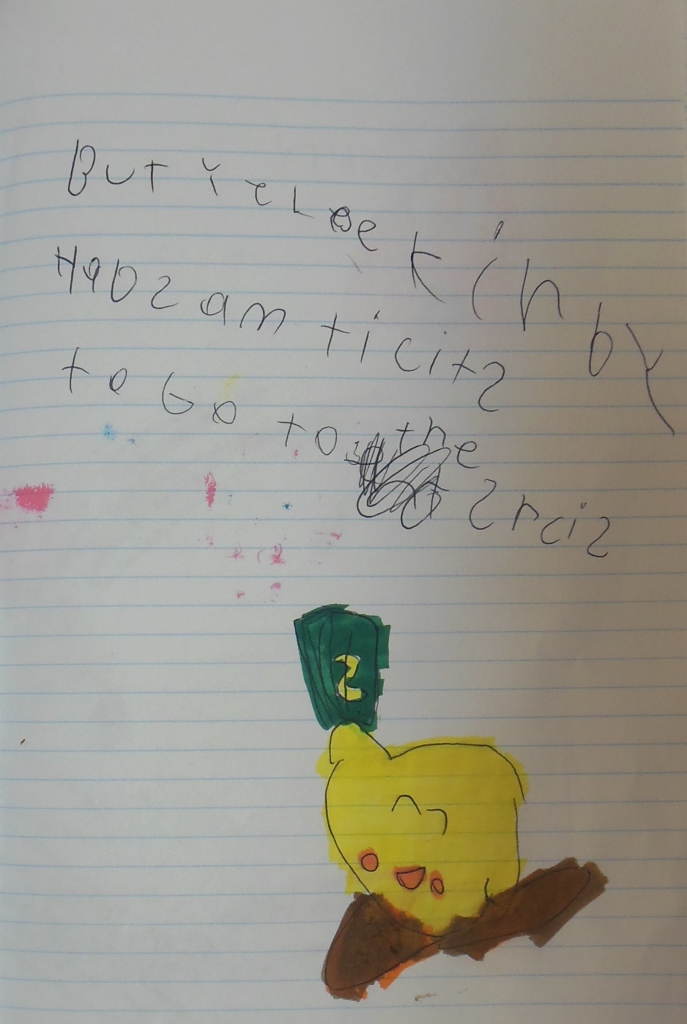 On a typical day there is some kind of book/story in progress.  We do formally practice handwriting, but she writes far more on her own outside of formal school work so it will take some time to eliminate reversals because she spends a lot of time writing with reversals and incorrect letter formation.

One thing I did to help my older visual-spatial learner was to have him practice mirror writing.  I gave him some words and challenged him to write them backwards like they were in the mirror.  We did that in the car one day while we were waiting for someone.  The mirror writing stopped after that day in the car.  Reversals didn’t, but by around age 9 those weren’t an issue anymore.

I did have my older visual-spatial learner undergo psycho-educational testing and screening for learning-related visual problems.  The testing revealed no major issues and a very strong visual-spatial learning style.  I suspect that my 6 year old will show similar results.

Betty Maxwell from VisualSpatial.org says this about visual spatial learners:

Left and right may be interchangeable for them, hence reversals and mirror writing and reading.

Have you seen mirror writing in your visual spatial learner?