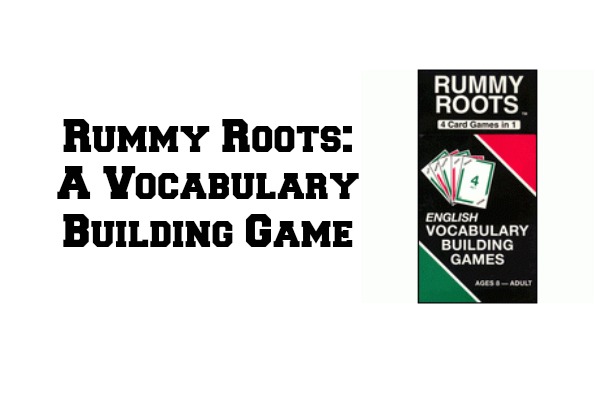 I wanted to approach vocabulary building with my boys through studying Latin and Greek roots. I found the Rummy Roots card game and decided to give it a try. It didn’t look so inviting at first glance, but my boys caught on to the game quickly and played it easily. Because my younger son is only 5 I help him out. We play the card game like Go Fish, but instead of saying Go Fish we say Go Dig. 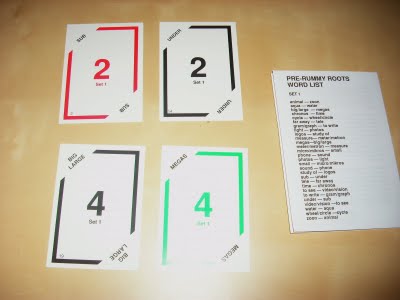 This is what the cards look like. They all have either the Greek or Latin root or the meaning. So you have a card called Big/large and it’s match is Megas. The child has to ask for the match instead of what is on the card. If a child has a card with the word Megas he has to ask for Big/Large. I have my five year old tell me which one he wants to ask and I look it up on the pre-level Rummy Roots paper and we ask my older son together. 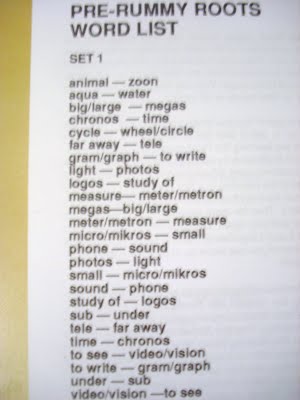 Here you see a list of Greek or Latin roots with their meanings. This is just one set. There is an additional set that we haven’t even used yet. This list is often referenced throughout the Rummy Roots game. 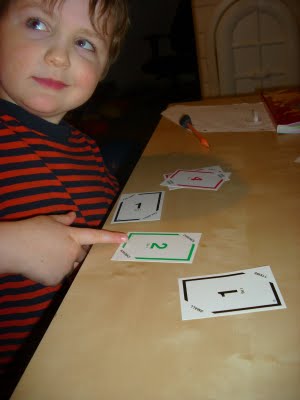 Here is my five year old deep in thought. We play Rummy Roots once a week. After 5 times playing this game my five year old started to ask for some matches without me telling him the English meaning or the Latin or Greek root. 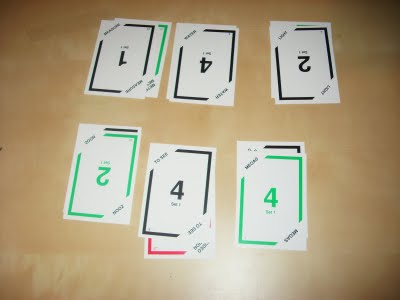 Here is a set of my son’s matches at the end of the game. I have them total the numbers on the cards to see who won.