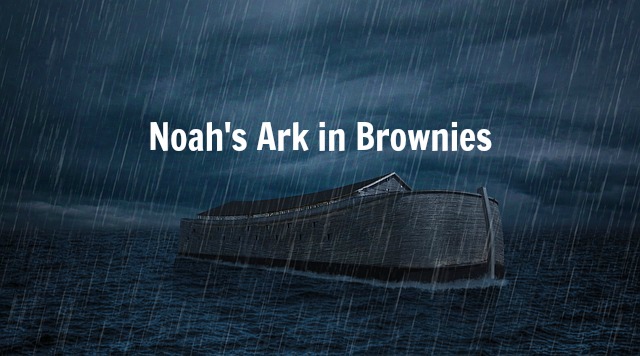 Back in 2010, we spent some time learning about Noah’s ark.  We love projects so to finish off our study of Noah’s ark, we did a project with food!  We made a scale model of Noah’s ark out of brownies. It was a rough scale model that involved making four batches of brownies!

We ended up using the measurements of 20.25 inches long, 3.375 inches wide, and 2.81 inches high. We basically just focused on those measurements to get a better visual of the size and shape of the ark. Initially I had planned for an ark that was 3 feet long, but we ended up reducing the size to match the amount of brownies we had.

To start with I taped off the area we would fill with brownies. We didn’t have a baking tray large enough so the ark was assembled on a table. Then the kids and I made four batches of brownies. They had the fun job of greasing the pans. They enjoyed mixing up the batches too. 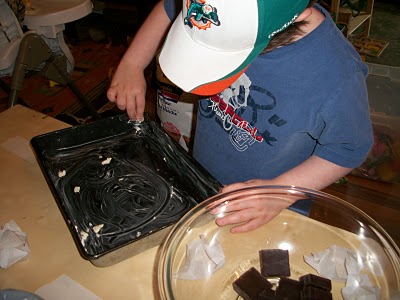 Once the brownies were cool they were stacked up on the taped off area. We ended up needing one batch per level to reach our goal of 2.81 inches high. 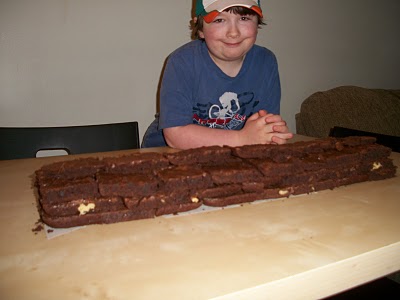 Here is the finished Noah’s ark. Once assembled and ogled the 2nd grader and Kindergartner dug in and had a taste. 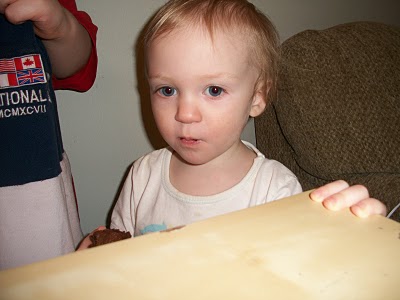 The toddler ran over and decided that now was a good time to be in school.