We started something new this year.  I have thought about doing it for several years, but it never worked out because I have needed most of my summers to prepare for the upcoming school year.  This summer I only scheduled 3 weeks off before our new school year started.   I had a basic plan in place pretty early on this time because I had finally finished long-term plans for each child in preparation for an international move.  I was also able to purchase the necessary school items early on this year too.  With all that in place, the three weeks gave me time to organize our resources and figure out what I was doing.  We started on July 15!

I normally do a big toy dump before we start our school year, but had no time this summer.  It isn’t as important now as it was when my kids were younger.  I use rotating toy boxes and have done so since my kids were little and I was working full-time from home.  The rotating toy boxes keep little ones engaged and keep the toys fresh and interesting.  Over time the toy boxes get a little mixed up and pieces end up in the wrong places.  Also, some toys are outgrown and others are never played with.  In my toy dump I usually empty all the toy boxes and sort through them and get rid of some things and reorganize the others.  My kids have usually loved this because the floor is covered in toys for a couple days while I sort through it.  While I didn’t have time to do it this summer, I did manage to get it done rather quickly during our first week off.  My youngest is 5 now so the task of sorting is much easier!

We don’t have a set schedule where we have 5 weeks of school and a week off or anything like that.  I sat down with a calendar and fit in the time off where we had holidays or where my husband had some days off of work.  I also made sure to make birthdays a school holiday.  I even managed to give us a week off on my birthday.  The longest we are going without a significant break (4-5 school days off) is 4-5 weeks and we are on schedule to finish a week before the local schools.

Right now we are nearing the end of our first week off.  It is only the beginning of August, but a week off now worked well because it was a long weekend and my husband had an extra day off of work.  I am really enjoying this set-up.  We aren’t doing any extra days of school.  Instead we are spreading our summer holidays around the school year.

I’ve already seen some benefits when it comes to learning- especially in terms of math and foreign language.  Instead of spending weeks catching up to where we left off, it took about a day to get back on track after 3 weeks off. 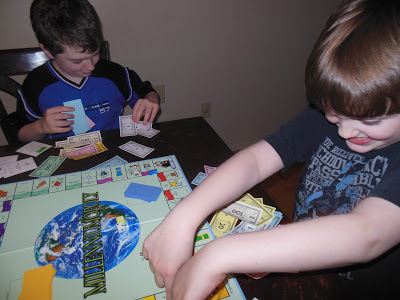 Plus a week off gave more time for things like this. 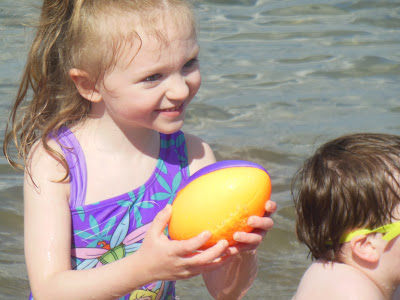 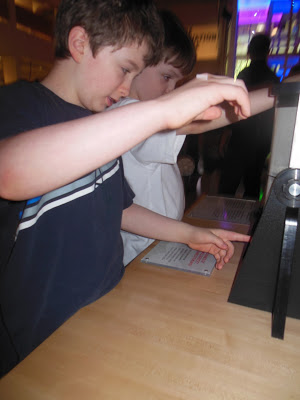 As well as a trip to the local science center.
Now the trick is to take a little of these breaks and start preparing for the next school year.  As my kids grow I am lessening my dependence on the library not creating my own studies as much, so it won’t take me quite as much time in the future.  I’m hoping anyway.  With my youngest, I am starting to recycle some of the studies I put together for my older two.
I’m looking forward to this new schedule.  We have our next week off in less than a month and by the time the local school starts we will have 5 weeks of school under our belt.